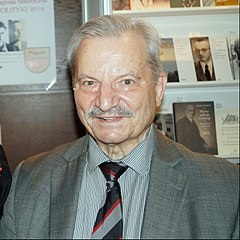 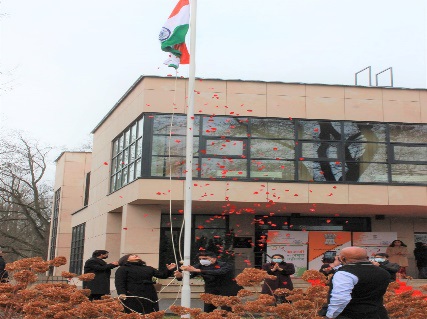 Two Polish nationals have been recognized by the Government of India on the occasion of India’s 73rd Republic Day. Prof. Maria Krzysztof Byrski, a scholar and former Ambassador of Poland to India (1993-96) has been awarded the Padama Shri Award, one of the most prestigious civilian awards granted by the Government of India. According to the official announcement, this Award is in recognition of his contribution in the field of literature and education. He is the author of over a hundred publications in Polish, English, Sanskrit and Hindi. These include the Polish translations of the famous ancient Sanskrit texts on love and social order viz., the Kamasutra and Manusmriti respectively. Professor Byrski is the only awardee this year who is not of Indian origin.

H.E. Mr. Narendra Modi, the Prime Minister of India, has written to a selected few scholars and influencers around the world to mark India’s 73rd Republic Day. Mr. Krzysztof Iwanek, Head of the Asia Research Centre at the War Studies University, Poland, is one of the scholars who has been honoured with a signed letter from Prime Minister Modi. Mr. Iwanek’s area of interest is contemporary Indian politics and he is credited with contributing towards a global consensus on security issues. Ambassador Nagma M. Mallick presented the letter to Mr. Iwanek today.

The Republic Day of India was celebrated at the Embassy of India premises in Warsaw in a low-key but joyous ceremony today. Members of the Indian community and Polish friends of India were present at the ceremony. Ambassador Nagma M. Mallick unfurled the national flag which was followed by the playing of the National Anthem. Ambassador then read out the Republic Day address of the Hon’ble President of India to the nation.