Presentation of Credentials to HE President Duda by Ambassador.


Embassy of India
Warsaw
*****
Press Release
Presentation of Credentials to HE President Duda by Ambassador
25 October 2021
His Excellency Mr. Andrzej Duda, the President of the Republic of Poland, received the Letters of Credence from Ambassador Nagma M. Mallick at the Belvedere Palace in Warsaw on 25 October 2021. He also granted a courtesy call by the Ambassador after the ceremony.
The ceremony included an inspection by the Ambassador of a Guard of Honour and the playing of the Indian and Polish National Anthems.
The Ambassador then laid a wreath and paid homage at the Tomb of the Unknown Soldier, plac Marsza?ka Józefa Pi?sudskiego, Warsaw. 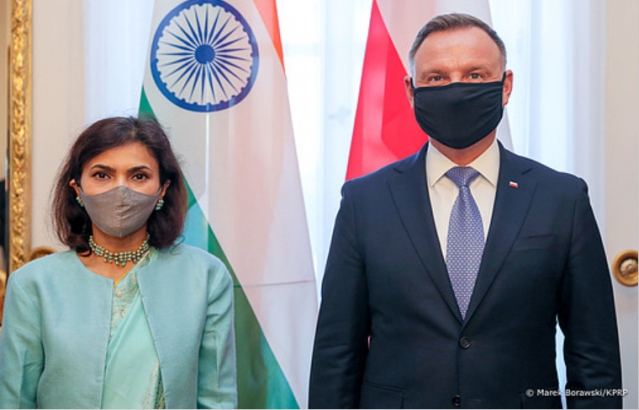 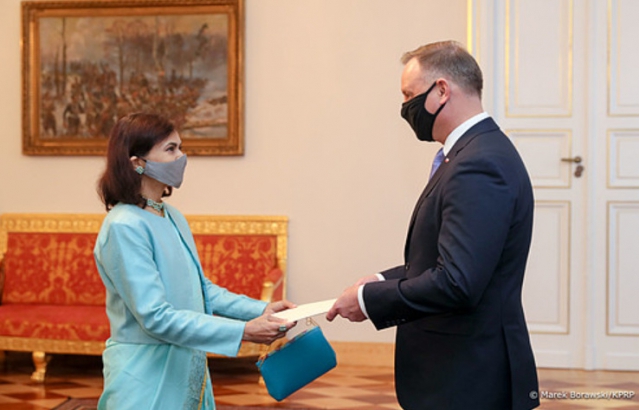 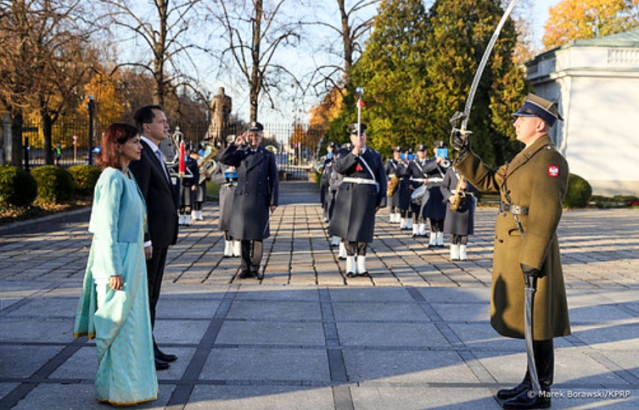